Darrell and Caleb Bryant come back to win Father-Son 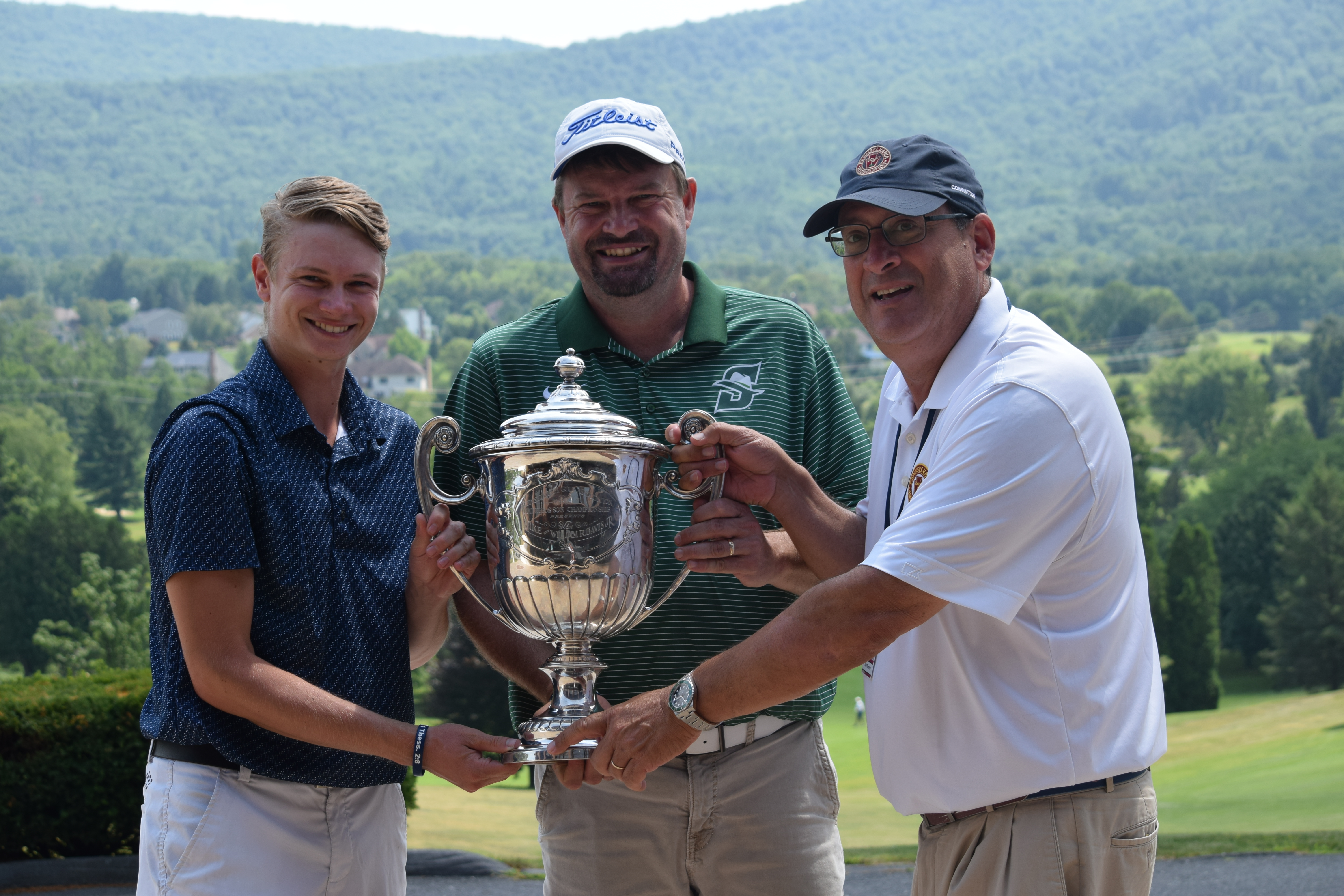 BOALSBURG, Pa. - At Mountain View Country, Caleb and Darrell Bryant were dominant on the front nine. For Caleb, there were many gettable holes on the front because of the combined skills of father and son. Thanks to the modified Chapman format the team relied on Darrell’s driver to get the ball near the green, Caleb’s chipping ability to cause a short putt and nail a birdie. In both days, the duo recorded a 31 (4-under par) on the front nine, propelling them to a winning gross score 132 (10-under par) at the 13th Father-Son Championship, which was presented by DICK’S Sporting Goods.

But the Bryants weren’t always in the lead. They were trailing after the first day to Andrew Ferguson and Greg Ferguson Sr. of Scotch Valley Country Club. But while the Fergusons struggled on the back nine, the Bryants thrived. After recording nothing but pars in the first round, Caleb and Darrell notched four birdies, ending up with a score of 34 (3-under par). Again, Caleb felt that the father-son duo used the modified Chapman format to their advantage to win the Championship division.

“Basically our strategy was if someone hit one into trouble, we would just try with our second shot to get back into play,” Caleb said. “The other guy just kind of had to step up and hit a good shot.”

Meanwhile, the Father-Son Forward division was much more lopsided. There were no lead changes as Steve Scarpetta and Vince Scarpetta Jr. were the only group to finish with a score under par. The pair pulled a notable feat yesterday when Vince Jr. knocked in the tournament’s only hole-in-one on the sixth hole, a par three.

But the duo had another amazing score today, with an eagle on hole No. 5. This time it was Steve who converted the long shot. It was part of an approach game that took advantage of strong aspects of the Scarpettas’ game.

“Steve drives it very long,” Vince Jr. said. “He left me with wedges and short irons all the time.”

The Scarpettas still needed to improve on the back nine to hold onto their lead. In the first round, they had multiple three putts, which resulted in three bogies. But today, there were no three putts and the Scarpettas eventually had three birdies on the back. The duo ended the day with a 66 (5-under par), resulting in a combined winning gross score of 137 (5-under par). 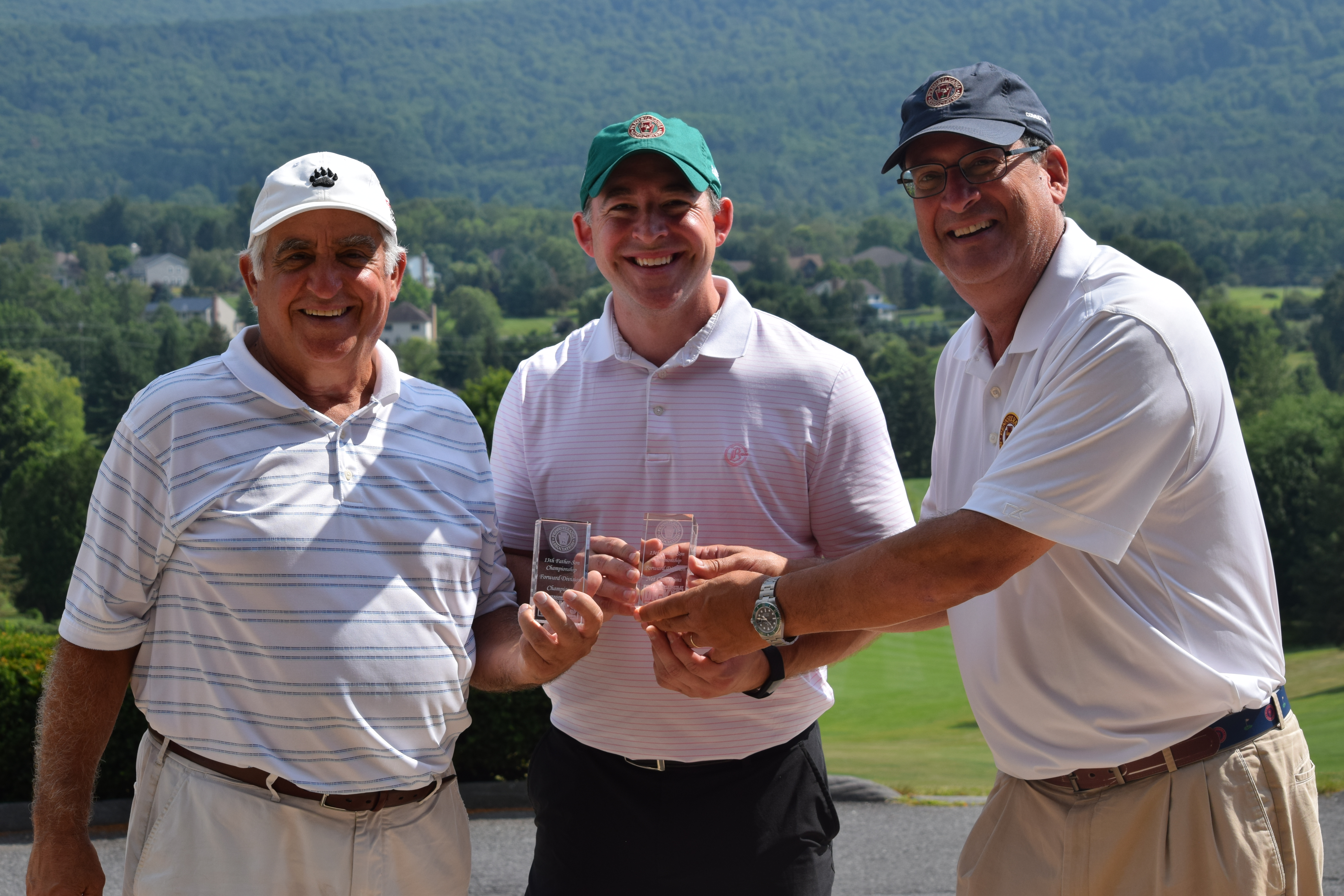 Like the Scarpettas in the Father-Son Forward division, Daniel and McKylie Boreman both were the only pair in the Parent-Child Championship division to finish under par for the event. It was a battle for the Boremans to come back since they shot 73 (2-over par). This put them four strokes behind yesterday’s leaders, Craig and Ella McRoberts of Valley Brook Country Club.

But Daniel and McKylie, who play golf at Carlisle Country Club, had a solid front nine that consisted of three birdies and six pars. On the back nine, the Boremans were one-over par through the first five holes. But they responded with a clutch birdie on hole No. 15. Then on the final hole, McKylie sunk a thrilling 18-foot putt to clinch their fifth and final birdie of the round. The plan was to aim for the middle of the green on the downhill putt with a pin in the back right. 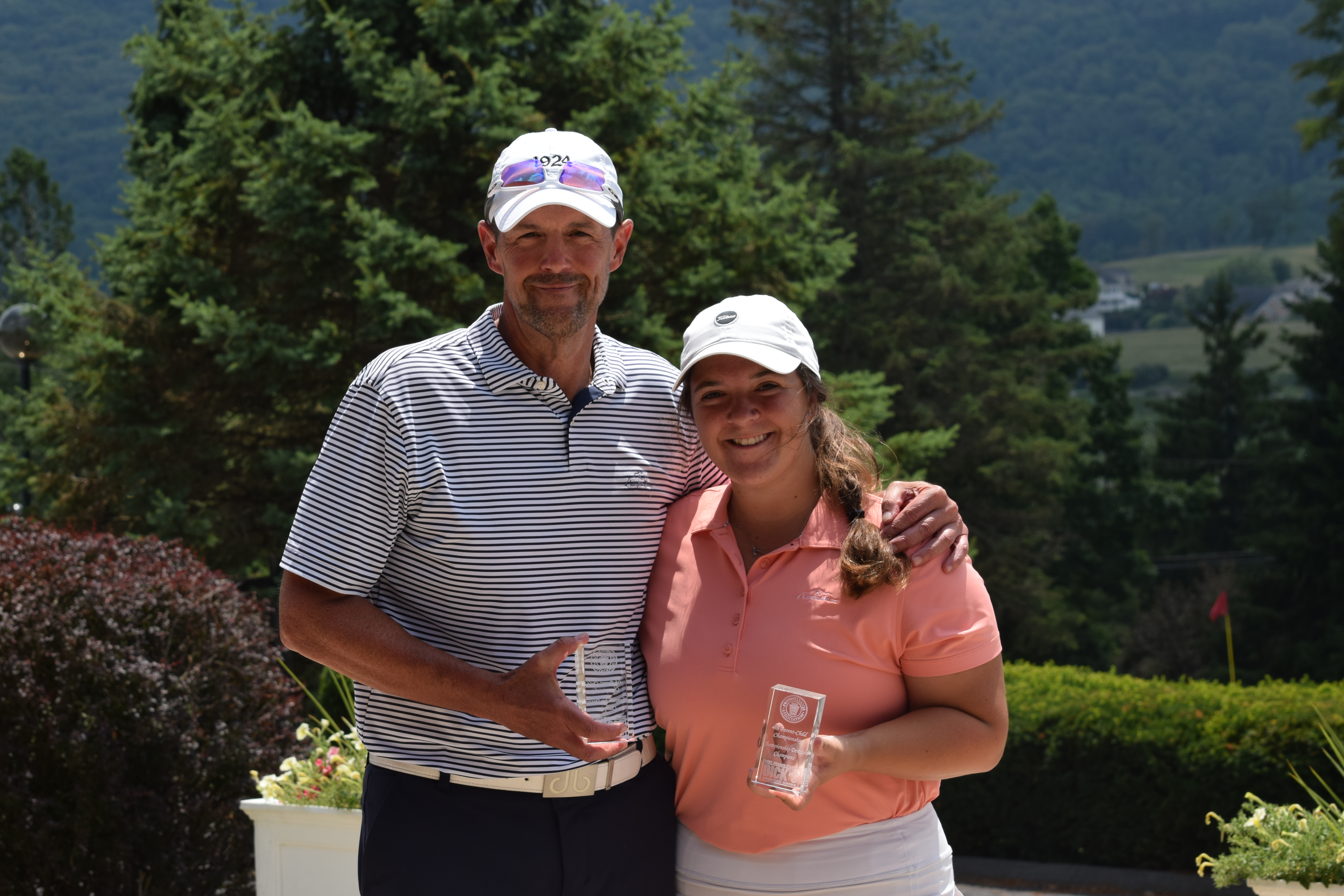 “I told her to get it close and she just knocked (the shot) in!” Daniel said.

The birdie helped the duo finish with a combined score of 140 (2-under par) to win their division in the 4th Parent-Child Championship and defeat the defending champions, John and Alex Lowder of Chambersburg Country Club.

“It was a big team effort,” McKylie said. “We used a lot of my drives and he made a lot of putts.”

Similar to the Boremans, Adz and Bryan Kozlowski improved on their score yesterday in order to win their respective flight — the Parent-Child Professional division. Even though the duo had four bogies, they were able to maintain a second-round score of 75 (4-over par). This was due to recording a par on every hole. This included a stretch where they recorded a par each hle from the fourth hole to the 12th hole. Their combined score of 151 (9-over par) to win their division

The Pennsylvania Golf Association would like to thank the staff and membership of Mountain View Country Club for the hospitality shown in hosting the event. Thanks as well to DICK’S Sporting Goods for sponsorship of the event. 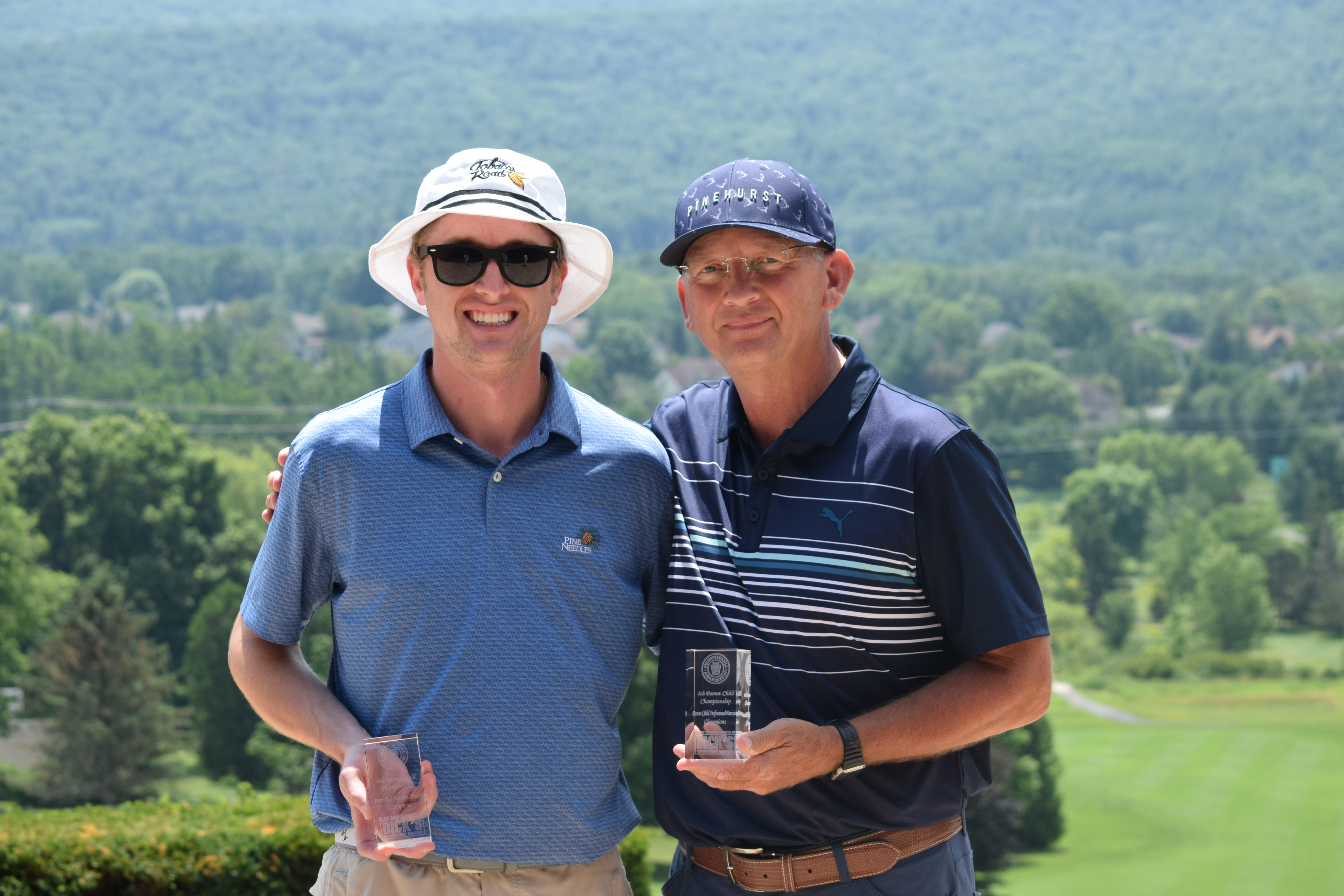