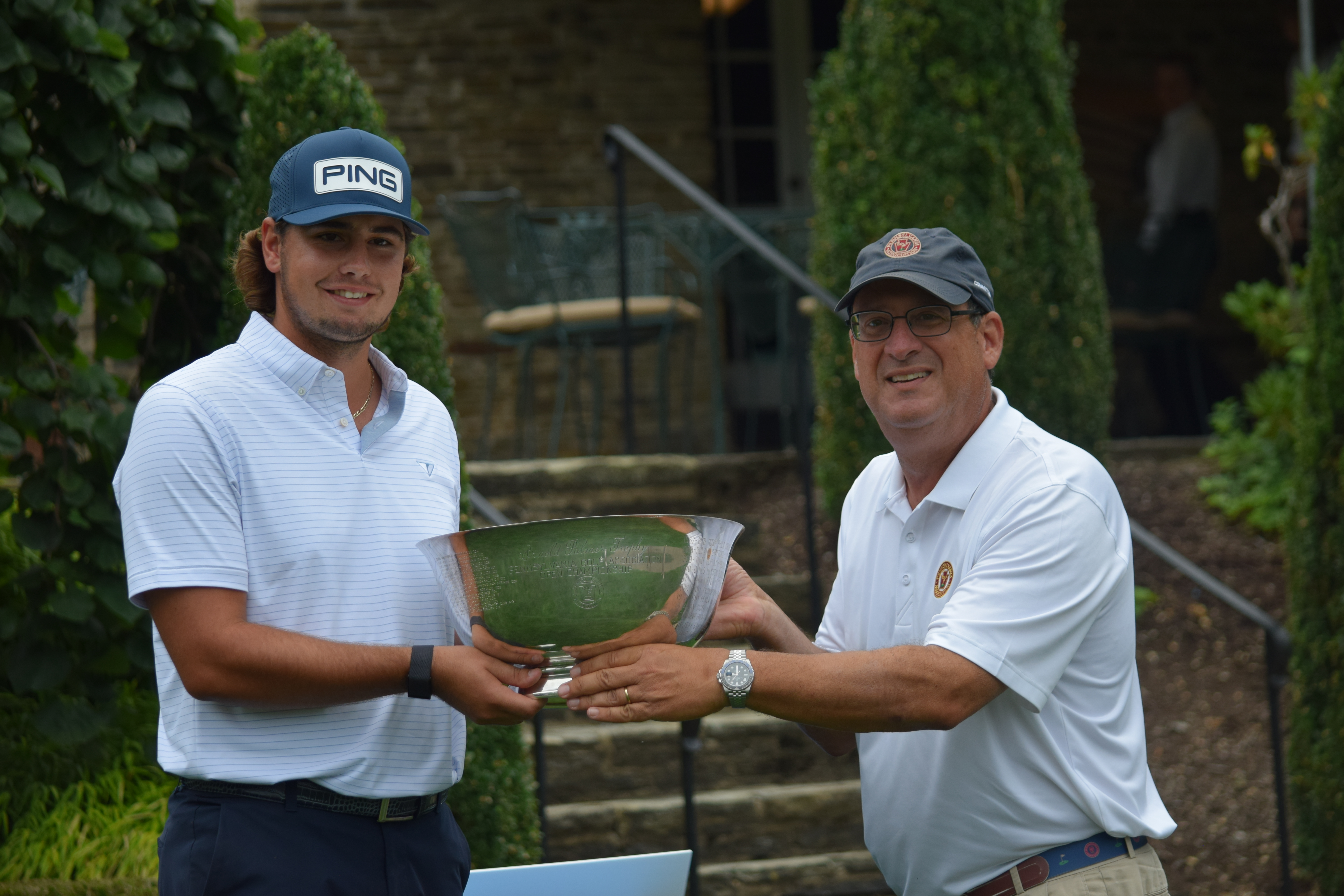 VERONA, Pa. - The 106th tournament of the Pennsylvania Open Championship, which was presented by DICK’s Sporting Goods, saw a new champion. Jake Sollon of Venetia posted a 69 (-1) on the final day for a total score of 203 (-7). But he needed extra holes as Tanner Grzegorczyk recorded an identical overall score.

Sollon came down the 18th green of Longue Vue Club with a one-stroke lead over Grzegorczyk in the event. The two golfers reached the green in shots but Sollon had three putts for a bogey and Grzegorczyk had two putts for a par. And so, they both scored a 203  and went back to the 18th tee box for the first playoff hole. In high pressure situations like this, Sollon said he has been working on something that helps him thrive.

“Lately I've been working on my breathing,” Sollon said. “(I was) just trying to make sure I feel like I'm breathing in the right way just because you catch yourself sometimes not being able to breathe the right way and you get anxious and nervous. But (today) it felt good.”

On the playoff hole, Sollon used this focus on breathing to help win the Open. The Venetia native drove the ball into the left rough and was able to get on the green on his second shot. From the bottom right of the green, he was able to finish with a par after getting to the pin in two putts. And after Grzegorczyk three-putted, Sollon was the champion. Sollon, as low professional, received the $8,000 winner’s check. The total purse for the event was $40,000.”

“I hit it pretty well,” Sollon said. “I made a few bogeys in the first two days but other than that I played some good golf.”

In his first two rounds, Sollon had five bogeys. But he was able to keep his score low because of two eagles on holes No. 4 and 15 yesterday. And during the third day, he needed another eagle to get back in the lead. Through the first seven holes, Sollon was even with a bogey, a birdie and five pars.

On the eighth hole, Sollon drive had solid contact but landed in a spot where a tree was slightly blocking his path to the green. But this is where Sollon’s great ball-striking came in handy. His second shot on the par five curled around the tree and landed on the green. The ball nearly rolled in for an albatross, but Sollon recovered and made his third eagle of the tournament. 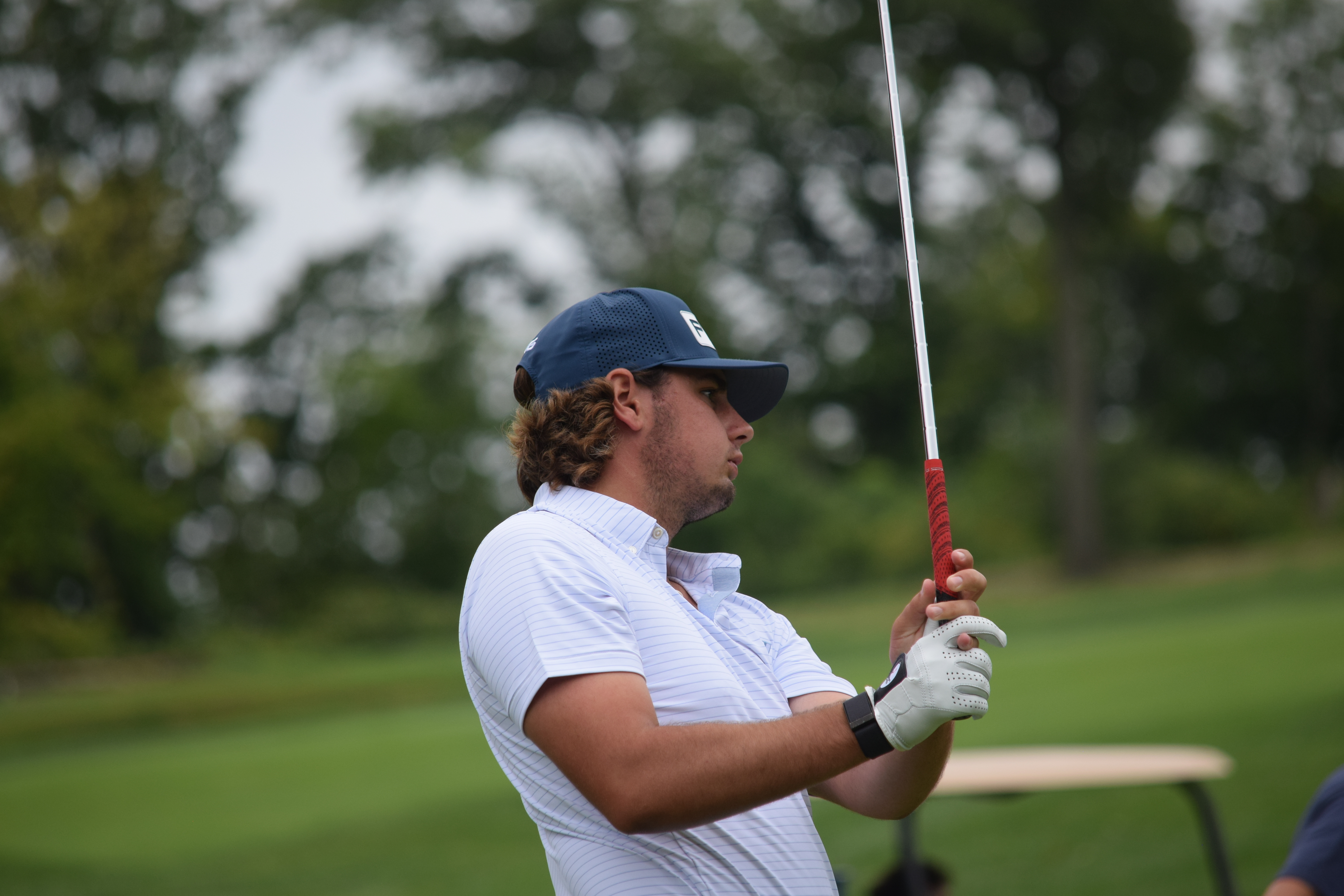 This moved him to -7 on the tournament, where he remained throughout the back nine until hole No. 18. While Grzegorczyk and Greensburg’s Mark Goetz fluctuated at the top of the leaderboard, Sollon made eight pars on the back nine, getting on every green in regulation. The consistency led to two putts and pars, keeping Sollon in the mix enough for him to win the whole event for the first time in his career.

“I played great this week, there's not much else I'd take back,” Sollon said.

While Grzegorczyk came up short in the playoff hole, he still won the Low Amateur award for shooting the lowest score among amateur players. In third place, Braden Shattuck of Glen Mills posted a 206 (-4) after shooting a 71 (+1), 68 (-2) and a 67 (-3) during the three rounds.