HERSHEY, Pa. - Walker Kirk and Kaitlyn Lees entered the second round of the Pennsylvania Junior Championship in completely different positions. Lees had a three-shot lead after 18 holes at Hershey Country Club's East Course, while Kirk struggled to a first round score of 75 and was five shots off the pace. But by the end of the 36-hole championship, the two were in the same position as champion of their respective divisions at the event, which was presented by Allegheny Health Network. 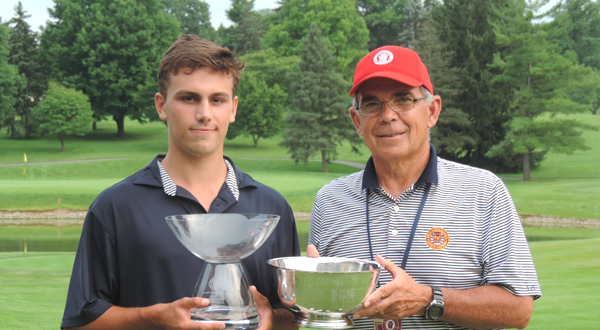 Kirk rallied early, making a statement with three birdies among his first four holes. But after four bogeys in a six hole stretch from No. 9 to No. 14, it looked as if his championship hopes were slipping away. Then, the 17-year old from Lancaster Country Club had the shot of the day on the par-4 15th hole. With a gap wedge in hand, Kirk changed the course of the tournament with one swing. After a few bounces, his second shot fell into the cup for an eagle, giving him the momentum he needed.

"I got a good break and turned it around there," Kirk said of the eagle. "I lost it a little bit in the middle of the round so it was great to see that go in and put me back on track."

After the eagle, Kirk added insurance on the par-4 18th hole. He knocked an 8-iron to 12 feet and successfully converted the birdie putt to finish at 69 (-2) for the day and 144 (+2) for the championship, good enough to claim the victory and the Junior Boys crown. 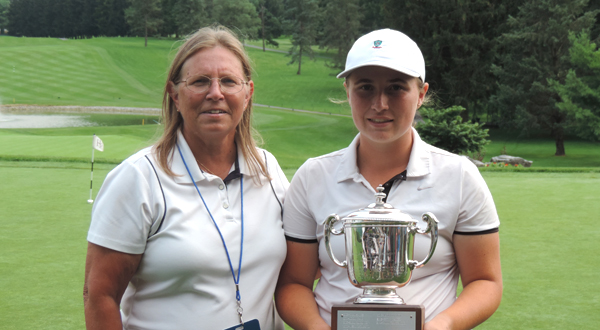 In the Girls division, Lees came in to the day just trying to protect that lead. But she struggled off the bat, bogeying No. 10 (her first hole of the day). After another bogey on the 12th hole, the 15-year old from Philadelphia Country Club made birdie on her fifth hole (No. 14). The lead began to evaporate after a pair of double bogeys on No. 17 and then on No. 3 after she made the turn. Seemingly she stopped the bleeding with a great 7-iron on the par-4 fourth hole, knocking it to four feet and then making the birdie putt. With just two holes remaining, Lees had a four-stroke advantage over Applecross Country Club's Esther Park, who was in the clubhouse with a solid score of 149 (+7) after a 73 that was the best in the field for round two. After a double-bogey five on the par-3 8th hole, Lees went to her 36th hole of the championship needing just a bogey to win.

"I knew bogey would win, and then I was faced with the one shot I'd struggled with all week - a bunker shot," Lees said.

Staring down a three-foot double bogey putt just to tie Park and force a playoff, Lees came up with the will to concentrate and put the struggles of the previous few minutes in the rearview mirror. She drained the three footer and then proceeded to hit a great drive on the playoff hole, the par-4 18th. After an excellent approach shot, Lees exorcised the demons of the second round and knocked in the birdie putt, finally claiming the championship that it appeared would go to her all day long.

"It felt really good to close it out at the end, especially after all I'd been through to get to that point in the tournament," Lees said afterward.

In the boys division, the other round under par for the day was turned in by Latrobe Elks Golf Club's Brady Pevarnik, whose 69 put him in a group of four players tied for second place in the event at 146 (+4). Also coming in at 146 were Applecross Country Club's R.J. Wren, Greensburg Country club's Mark Goetz and first round co-leader Max Siegfried of Aronimink Golf Club.

The team portion of the championship was won by Applecross Country Club and the team of R.J. Wren, Samantha Staudt, Esther Park, and Michael Zeng.  Applecross carded a 444 total in the best 3 of 4 scores per day format. 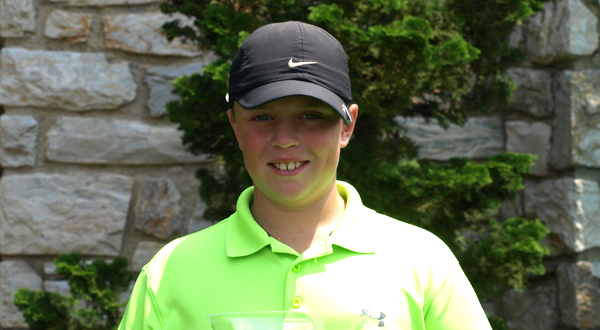 The Junior-Junior Boys and Girls Championships took place simultaneously at the Spring Creek Golf Course. In the Boys division, Garrett Engle of Country Club of Harrisburg carded a two-round total of 130 (-2) to capture the title. Engle carded eight birdies over the 36 holes of the event to win by eight shots over Jun Lee of Heritage Hills Golf Course. 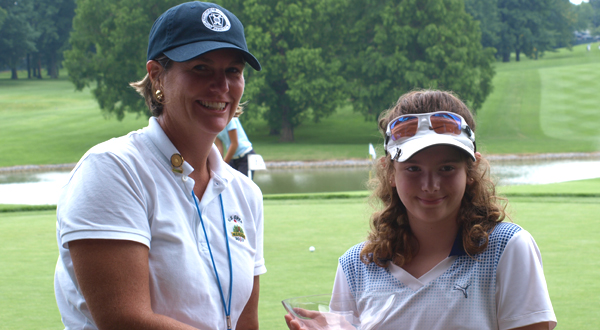 On the Girls side, Meadowlands Country Club's Elizabeth Lauren Beek fired a two-round total of 150 (+18) for an eight-stroke victory over Merion Golf Club's Lauren Jones. Beek had two birdies as she posted back-to-back 75s to win the title.

The Pennsylvania Golf Association would like to thank the membership and staff of Hershey Country Club for their continued support of the Pennsylvania Junior Championship. Also, thanks to Allegheny Health Network for their sponsorship of the event.