Your browser does not support JavaScript!
Amateur Division Scores 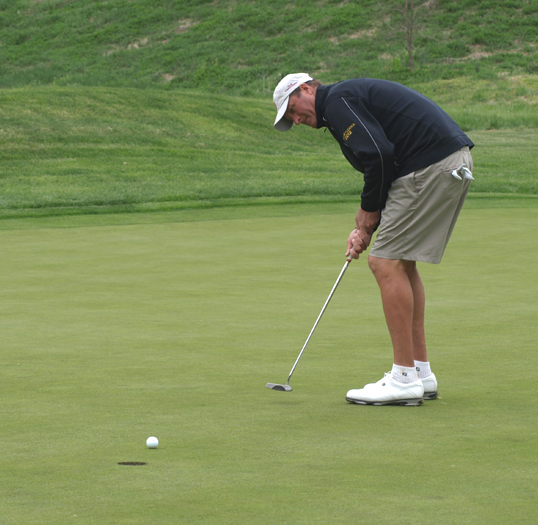 "I really felt like every hole was in to the wind. And if you were down wind, just wait a minute. It'll swing back," said Ryan Ritchie, of Down River Country Club.

Matt Plummer had the only sub-par score of the first round. Plummer began his collegiate career at Penn State, Harrisburg, before injuring ligaments in his wrist during the 2012 Dressler Championship. He is planning to transfer to LaSalle University in the fall.

His opening round began with a couple bogies, but he was able to right the ship and take advantage of the long, par 5 fifth, with a birdie and follow that up with a birdie at the seventh.

"I just tried to keep my ball in play and minimize errors, and I think I accomplished that for the first round," mentioned Plummer. 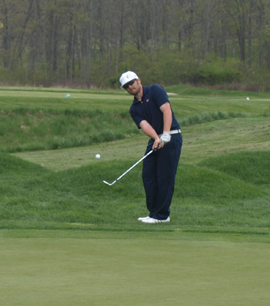 Matt Plummer hits this chip on the 14th

Three time Dressler Champion, Sean Knapp, would end his first round with an even-par, 72, and supplant himself in the final group for the second round. He managed to birdie and then immediately negate with a bogey, or vice-versa, four times in the first round.

Aaron Patalune, a rookie to the Pennsylvania Golf Association "tour", rounded out the final pairing. Then there was a host of the who's who of the Dressler laying in wait, within 3-shots.

Brent Will was the first to pressure the leaders. He went out in 2-under-par, and then birdied the 350-yard, par 4 fifteenth, to post 69 for the day and a very respectable 1-over-par score for the tournament. 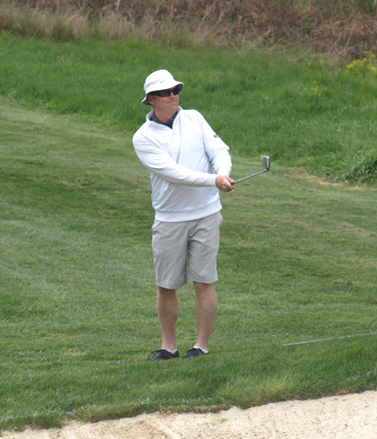 Brent Will hits this chip on the 18th

Trent Karlik made the next push from the penultimate grouping. He was able to get his total to 2-under-par through 31 holes. A three-putt bogey on the fourteenth and a bogey-bogey finish would eventually do him in. 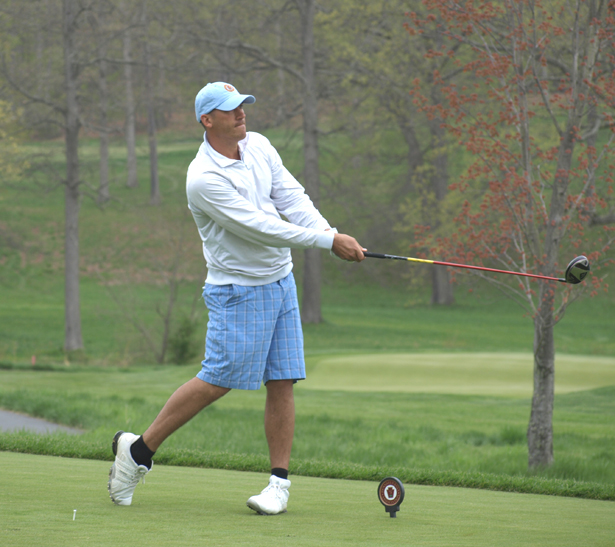 Trent Karlik hits his drive on the 13th

The pressure would ultimately not work in the field's favor, however. That pressure is all Sean Knapp needs to get the motivation going.

Knapp was 2-under-par at the turn, but would bogey the 10th and 11th to fall back to the field. Then he saw the leaderboard, and took dead aim. He would hit his approach from 94 yards and birdie the 12th from five feet, narrowly miss birdie putts on the 13th and 14th, and roll in a 45-foot bomb for birdie on the 15th.

And yet, he was not done. His ball striking gave him the edge. He only missed two fairways over the two rounds.

A towering iron off the tee on the 160-yard, par 3 17th landed four feet from the hole and a wedge to six feet from the right rough on the 18th made for an easy finish for Knapp. He poured both of those putts in, to finish with a final round of 68, and a 5-shot victory to capture his 4th George Dressler Championship in 5 years. 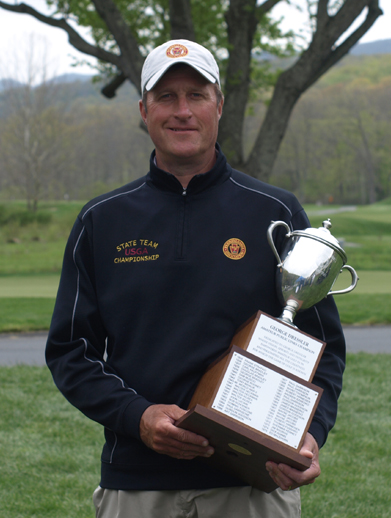 Sean Knapp has added his name to this

trophy for the fourth time

Knapp said, "It's really a testament to the PA Golf Association, that they can keep scheduling events at the best facilities. This was the best condition I have seen at Bedford Springs. They should really be commended."

The Team Championship is played concurrently during the Public Links Championship, as well as during all PAGA events. Scores are comprised of a best two scores per day out of a maximum of three team members. The team of Byron Whitman, Rod James (2011 Dressler Champion), and Brent Will took home the honors with a score of 295.

Tim Harpster, Bucknell Golf Club, was very much in control of his golf game this week at Bedford Springs. His first round included a tidy two birdies and two bogeys. 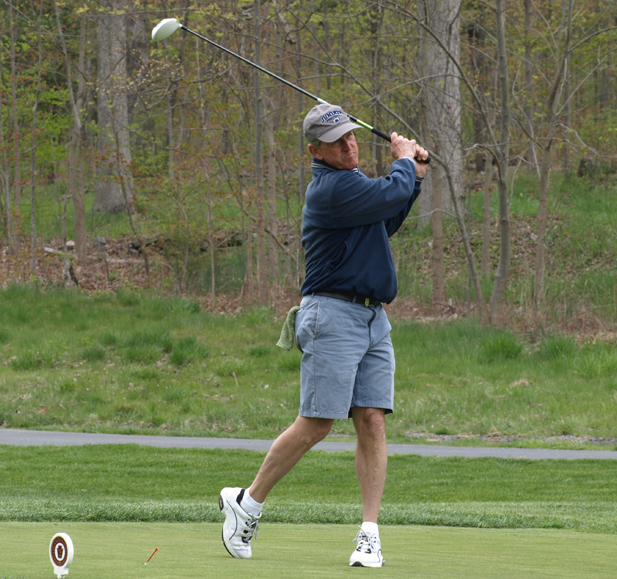 Ed Strickler hits his tee shot on the 16th

Ed Strickler, Huntingdon Country Club, has won the Senior Division of the Public Links Championship twice and finished second 4 times. He's no stranger to the top of the leaderboard! Strickler would finish his first round one-shot back of Harpster.

Strickler was unable to keep up with Harpster down the stretch in the final round. Strickler went out in 3-over-par, while Harpster remained at even. 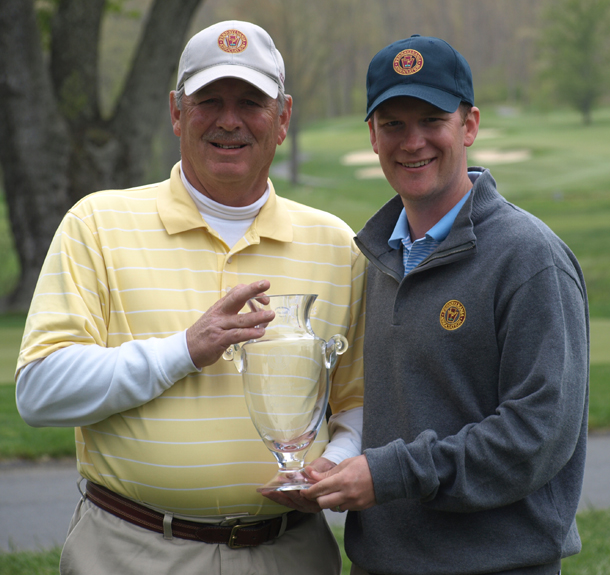 Tim Harpster is awarded the Senior Trophy from

James Mastrometteo and Jim Prendergast were also unable to put pressure on the long-hitting leader. Harpster would finish strong with a final score of 144. Strickler held on to second place for fifth time in his career.